Academic articles written by me while studying at University of St Andrews. 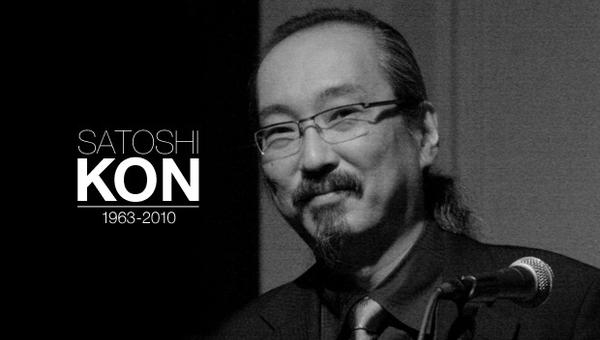 Satoshi Kon’s short yet substantial career as a Japanese animation director is marked by his depiction of the relativity of ‘reality’ within the entertainment industry. Kon breaks the illusion of his films’ worlds through the various narrative and editing devices, and, subsequently, critiques the sense of escapism, so-often found in the mainstream fictional entertainment. The critique of the escapism is combined with the celebration of the escapist storytelling. This dissertation examines, how Kon unites these two different stances and to what end. Satoshi Kon’s films also possess didactic qualities, utilizing formalist detachment techniques to teach the audiences about both the dangers and the benefits of immersing oneself into the artificial. Through an auteur analysis of five of his films the conclusions are reached, that although universally-applicable, most of Kon’s themes are rooted in the Japanese-specific socio-cultural contexts, particularly the long-reaching effects of the Second World War’s aftermath. 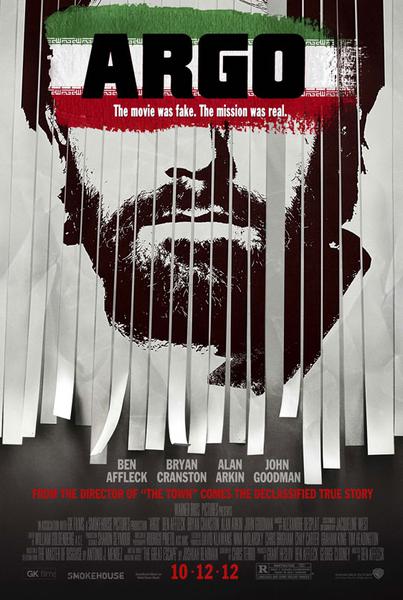 While discussing Rosenstone's and Parvulescu's collection of essays "A Companion to Historical Film", Ofer Ashkenazi distinguishes four paradigms that can be used to describe film's relations to the historic truth: "history as film; film as philosophy of history; film as an agent of history; and film as history."1 Using the first paradigm seems to be most fitting when analyzing "Argo"2 - a 2012 historical espionage thriller directed by Ben Affleck. The film depicts the events of 1979 Iranian Hostage Crisis and highlights the role of CIA operative Tony Mendez (Ben Affleck) during the covert rescue mission. "Argo" goes to the great lengths to present a valid and believable account of the crisis: the real stock footage is either imitated or used in its original form throughout the major scenes of the film; the mise-en-scene (especially costumes) is authentic to the tiniest detail; editor William Goldenberg have even gone so far as to imitate the cinematography techniques used in Hollywood films made during the 70's.3 Yet "Argo" also contains what Ashkenazi names as one of the shortcomings of this paradigm - the film's commitment to genre-based formulae. The usage of the usual thriller tropes in "Argo" is beyond obvious: from the hero's troubled family life to the climatic ending chase scene, all of the genre-related plot devices are very familiar. Furthermore, a lot of them do not even originate from the depicted historical events, and even barely connect to the film's plot at all - the estrangement between the main character Mendez (Ben Affleck) and his wife and their later reconciliation comes to a mind. However, an argument could be made, that in the case of "Argo" these quite bizarre genre ‘trappings’ serve not as the shortcomings, but the reinforcements to one of the major themes of the film: the Media (and the historical film) as the deliberately constructed images, that serve a purpose of simplifying and making sense out of the past/ the present. From this perspective "Argo" would actually be best described by a second paradigm - a philosophy of history - as a historical film which reflects on the historification of the given events. "Argo's" genre formulae and certain visual elements provide an underlying meta-narrative, which analyses, how media and historical films - this including - transforms and make sense of the past using various layers of coding (even the very archaic ones). The rest of the essay shall try to support this claim and prove that "Argo", while embracing the ‘shortcomings’ of the historical film, works very effectively as a historiographical one. 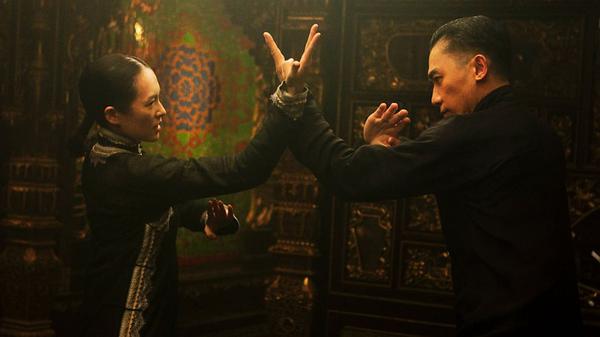 Academic essay for University of St Andrews • 2nd May 2014

To this day the martial arts cinema is the most popular of the film genres amongst the Chinese, be it produced in Hong Kong, Taiwan or the Mainland. It is the genre that has greatly helped the Chinese language cinemas to find their audience in the western countries as well. Considering its great importance, it is no surprise that the martial arts cinema also plays a huge role in introducing the various elements of the Chinese culture to the viewers quite ignorant of the history and the traditions of China and its neighbours. However, different films have very diverse connections to their cultural heritage. The analysis of the two of them – Robert Clouse’s international production “Enter the Dragon” and a more recent Wong Kar-wai’s poetic martial arts flick “The Grandmaster” – should provide the apt level of examples on the matter. 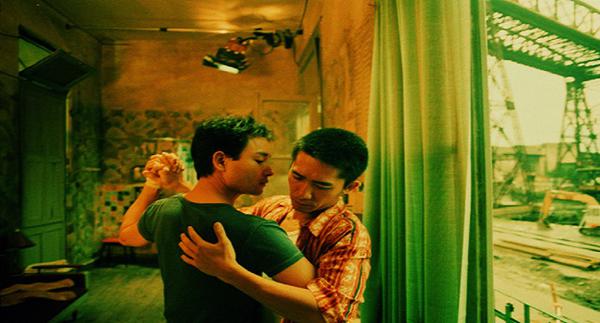 Happy Together – a search for identity through alienation

In the year of 1997 almost everyone in Hong Kong had a single thought on their minds: the Handover. As the sovereignty of then still-a-colony of Great Britain was being transferred back to mainland China, Wong Kar-wai, one of the most prominent directors of the so called Hong Kong’s ‘second new wave’, released his latest film. However, instead of offering his own take on the changing political situation, the famous art director defied the public’s expectations and delivered something that seemingly deliberately alienated itself to anything Hong Kong related. The film in question is “Happy Together”, a miniscule and personal love story between two Chinese men, taking place as far away from home as possible – in Argentina, literally on the other side of the world. Nothing is ever as it appears at the first glance though. The very reason why the film took place so far from Wong Kar-wai’s comfort zone was the Handover, or more specifically, the director’s reluctance to talk about it: “For the past two years, everybody has been asking me about the fate of Hong Kong, and if my next film would be about 1997. I didn't have an answer, so I thought we should just walk away and try something else” , the director explains in one of his interviews. Thus, it is not surprising that Wong’s desire to think things over and make a fresh start infused the story of the film itself: these two concepts serve as the main themes of the “Happy Together” narrative. 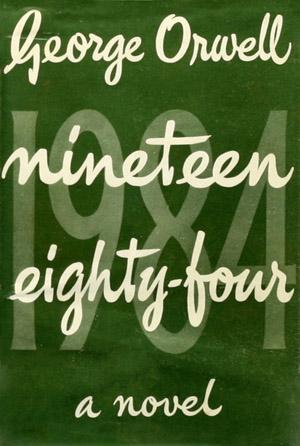 In time Orwell's transformations from enemy into ally started to become increasingly more literal - the notable Soviet interpretations included "1984" being an anti-capitalistic novel and a bizarre Big Brother's identification with Ronald Reagan. However, the Gorbachev’s era and the first official USSR's publication of the long-banned novel (1988) has opened a way to a subtler and even more interesting reading - interpreting the book as a bleak satire of Stalin's reign. “Of all the old taboos relating to foreign literature, [the banning of 1984] was one of the firmest and least problematical,” said the Literary Gazette. The cause of the taboo was not hard to guess: The Soviet censors recognized, as it were, that “B.B.” was “J.S."" . At the first glance this reading seems like a huge step forward - the literary authorities finally acknowledged that the Orwell’s critique could easily be directed at least to some aspects of the Soviet Union. Yet singling out Joseph Stalin and his reign could also be called a form of reality control. After all, Soviet Union existed from 1922 to 1991; its oppressive system did not collapse with the Stalin's death in 1953. Making a direct link between the Big Brother and Stalin is, in a lot of aspects, missing the point. If B.B. represents one man, nothing that was committed after that man's death can be connected to B.B.; i.e., the repressions and crimes committed by the Soviet authorities in Khrushchev’s, Brezhnev's and even Gorbachev's times automatically look better in comparison. Maybe even non-existent. Very similar concept is presented in "1984's" newspeak description: "[...] in thus abbreviating a name one narrowed and subtly altered its meaning, by cutting out most of the associations that would otherwise cling to it." The concept of Big Brother is broad and mostly abstract; by giving it a face of a deceased real-world tyrant, its meaning is instantly changed and narrowed. The similar (perhaps intentional) mistake was also committed in the western media by Michael Radford's 1984 film adaptation - its depiction of Big Brother had unmistakably Hitler-like appearance. 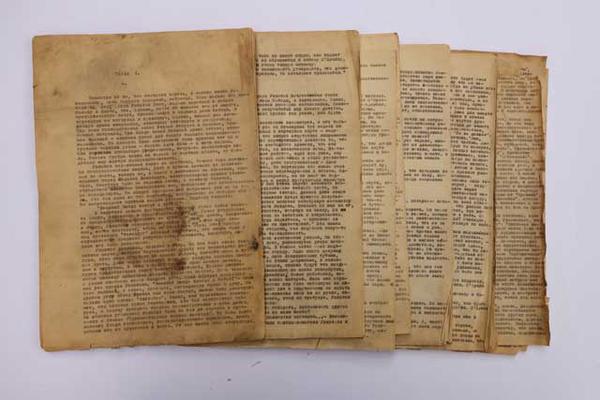 “Who read, who could read and when?” , asks George Steiner during his Oxford inaugural lecture, implying, that studying just the text in question is not sufficient. For the novel to be fully analysed, its connections with the various readerships must be considered. To prove that one should not look much further than to one of the more extreme cases of reception - for example, the Soviet readings of George Orwell's (Eric Arthur Blair) novel 'Nineteen Eighty-Four.' The reception was immensely confrontational: both the USSR's authorities and its dissidents recognized striking similarities between '1984's' science-fiction dystopia and the Union's totalitarian, despotic regime. The reaction from the Soviet official was a series of attempts to transform George Orwell into an ally of the USSR through various purposeful misinterpretations of the novel, whilst the Soviet dissidents celebrated him as the state’s enemy. It could be argued though that such a confrontational reading of '1984' did not negate, but in fact helped to convey the novel's ideas, at the same time providing them the real-world illustrations. Furthermore, the underlying reasons of the Soviet elaborate misinterpretations of the book reveal the much more global tendencies of interpreting '1984.' In the following essay both of these arguments shall be explored which in turn should show the importance of the reception studies. 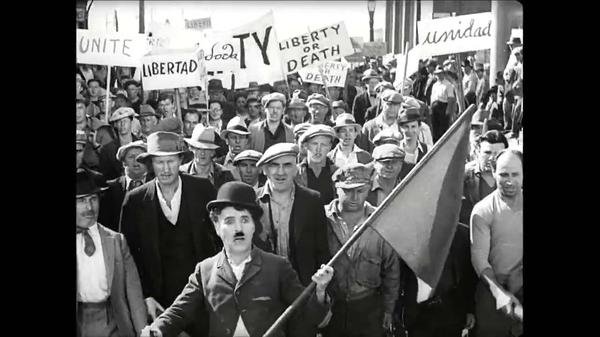 For the film formalists, such as Ejxenbaum, who believed that films have an entirely different language from any other form of art – a language, which works through the montage of different shots and the associations created by that – comedy was one of the most important cinematic genres. After all, the main purpose of the comedy film is to strongly engage the audience emotionally, something that is hard to do in any form of storytelling; especially in the silent films, where the verbal narration is limited to the sparse intertitles. Thus, the unique language of cinema has to be used and the spectators have to become its actively engaged readers. The montage of the two simple shots in the beginning of “Modern Times” already illustrates this quite nicely. 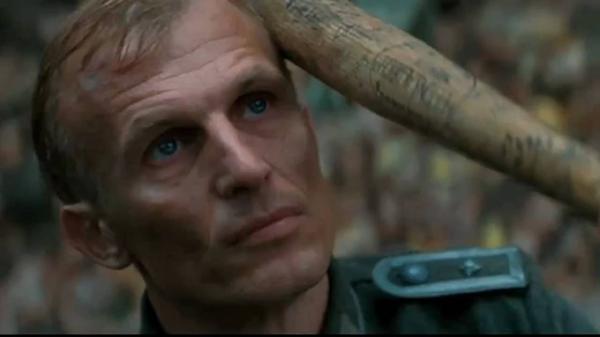 Interrogation of Sgt. Warren Rachtman or The reversal of roles in “Inglourious Basterds”

Quentin Tarantino‘s “Inglourious Basterds” (2009) can be called many things: historical fantasy film, World War II fairytale (after all, it even opens with the words “Once upon a time…”), dark comedy, character drama or even film about films. But I believe not a lot of people would argue with the notion that first and foremost it is a revenge story. And a bloody one as well, because what is revenge really if not a reversal of roles between victims and perpetrators? The film takes place in France near the end of the fictionalized Second World War and can be divided into four main storylines: the mysterious dealings of the eccentric SS colonel Hans Landa (Cristoph Waltz); the carefully laid revenge plan of a strong-willed Jewish woman Shosanna Dreyfus (Mélanie Laurent), whose family was killed by the orders of the said colonel; British intelligence’s attempts to end the war by assassinating high command of Hitler’s Germany; and a team of nine Jewish-American soldiers (plus their leader, Lieutenant Aldo Raine (Brad Pitt)), who, thanks to their brutal ways of killing Germans, become known as the titular “Basterds”. As we all know, Jews didn’t really have a chance of retribution against Hitler’s national-socialist party for the atrocities they have committed during Holocaust, nor did they have any special squads who, in the name of vengeance, scalped Nazis and Vermacht soldiers; therefore, having heavily fictionalized historical setting was quite necessary to tell this kind of story. More importantly, a story about Jew vengeance literally reverses the generally accepted Jew and Nazi roles in films – in “Inglourious Basterds” Jews actually start acting like Nazis and German soldiers sometimes become victims of their quite sadistic and unjust revenge. The best example of this reversal is in the beginning of the film, during one of its most pivotal scenes – the interrogation of Vermacht Sergeant Warren Rachtman (Richard Sammel) and the second part of the Basterds’ introduction.
Close ✕